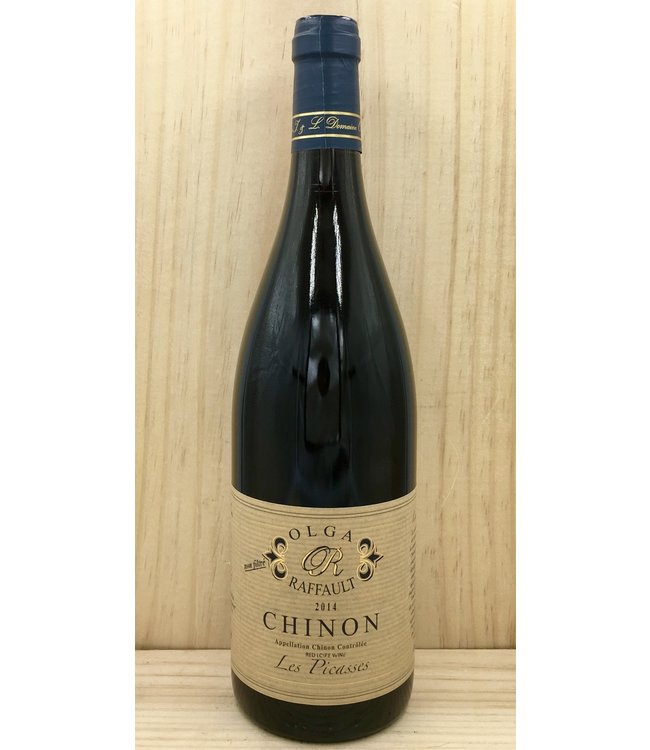 Certified organic cab franc from an iconic producer. This is an expressive wine with notes of cassis, dark cherries, licorice, and clay, as well as spicy/earthy notes. Read more..

After her husband Pierre's sudden death in 1947, Olga Raffault, at the time the mother of two young children, realized she needed help, and found it in Ernest Zenninger, a German prisoner-of war. Ernest could not fathom the meaning of the war, and soon formed a deep friendship with the Raffault family, whom he considered his protectors. Ernest devoted his life to the vines and making wine, and vowed to instill his knowledge and foster a love of winemaking in the younger Raffaults.

Olga’s son Jean took over from Ernest in the 80s; since Olga’s death, the estate has been run by her granddaughter Sylvie and her husband Eric de la Vigerie. Raffault wines are extremely age-worthy and some of the best examples of Cabernet Franc. They are longtime favorites of discerning restaurants and wineshops.

Note about Les Picasses from Juliette Pope: “Les Picasses is the most famous Chinon lieu-dit, close to the village of Beaumont-En-Véron on the north bank of the Vienne River. It is a slope with full southern exposure and chalky clay-limestone soils, the combination resulting in fully ripened, structured wines. The wine is aged for 2-3 years in oak and chestnut foudres ranging from 30-50 hectoliters; it is then further aged in tank and bottle before release about four years after the vintage.”

Certified organic cab franc from an iconic producer. This is an expressive wine with notes of cassis..