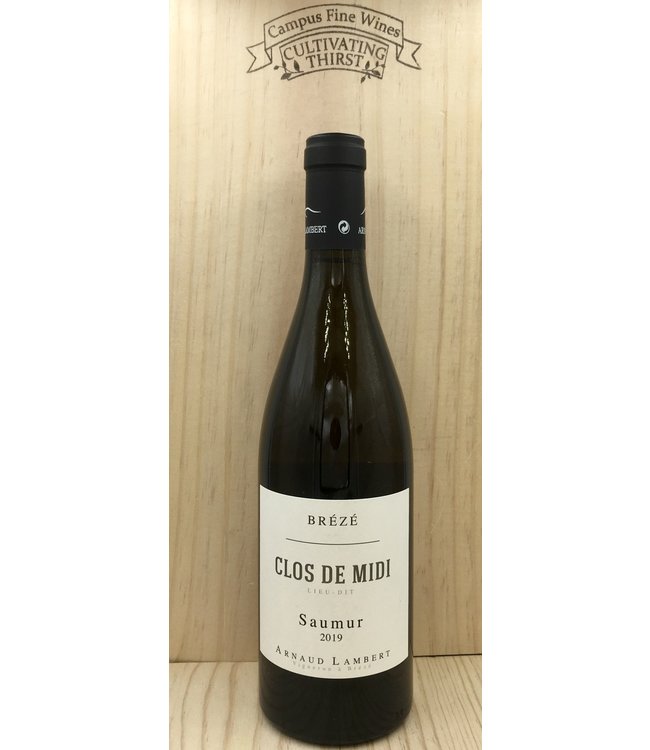 Château de Brézé has been around since at least the 15th century, when it was served to royalty and held in the same regard as Château d’Yquem. In the 1600s, the white wines of Château de Brézé were known throughout Europe as Chenin de Brézé.

In 2009, the new owner of the estate asked Yves Lambert and his son, Arnaud, from Domaine de Saint-Just, to manage the estate. They got a 25 year lease and began converting the estate to organic farming. In a little less than a decade, they’ve restored the wines to the heights they achieved centuries ago.

‘Clos du Midi’ is 100% Chenin Blanc from the colder sites on on the Brézé Hill. The upper section of the hill is sandy, while the bottom is richer in clay. Both are atop tuffeau, the chalky limestone rock made up of compressed marine organisms that lived in floating colonies in the prehistoric Turonian era. The differing soil types, coupled with the limestone, create a wine of great tension and depth, with a rounded palate punctuated by lively acidity, and balanced with notes of fresh pear, rock dust, and touch of lemon…it’s a gorgeous wine that always over delivers.