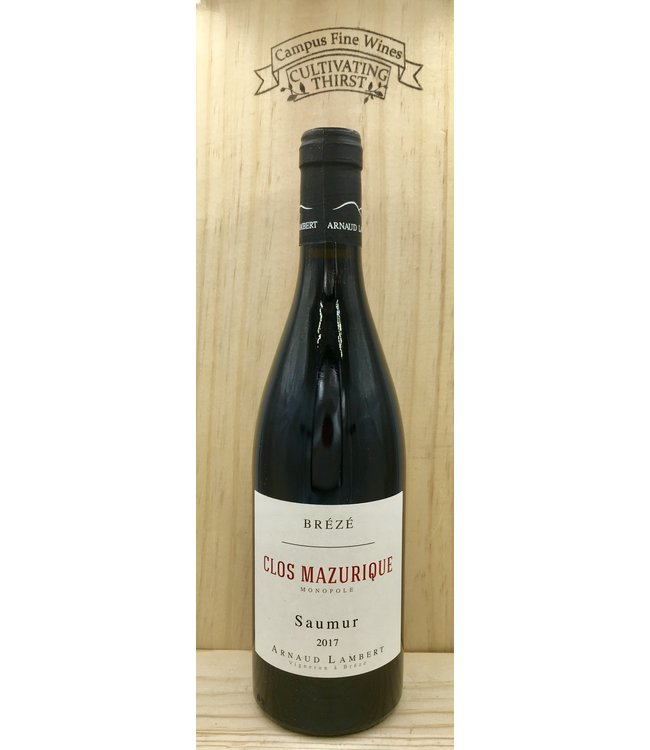 Château de Brézé has been around since at least the 15th century, when it was served to royalty and held in the same regard as Château d’Yquem. In the 1600s, the white wines of Château de Brézé were known throughout Europe as Chenin de Brézé.

In 2009, the new owner of the estate asked Yves Lambert and his son, Arnaud, from Domaine de Saint-Just, to manage the property. They got a 25 year lease and began converting the estate to organic farming. In a little less than a decade, they’ve restored the wines to the heights they achieved centuries ago.

‘Clos Mazurique’ is 100% Cabernet Franc grown on silty soil atop limestone rock, and fermented in concrete. It’s what you want in Loire cab franc: a bit of pencil shavings, a touch of bell pepper, a violet-floral-perfumed nose, dark fruit, medium-weight, light tannins.

Organic Cabernet Franc grown on limestone and fermented in concrete.