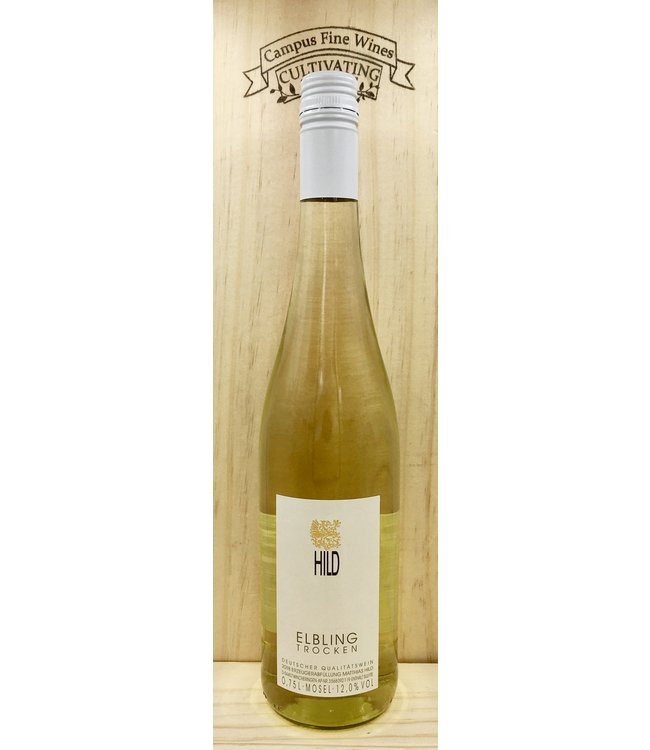 Matthias Hild farms 5 hectares of old, terraced parcels of Elbling in Upper-Mosel, a place a bit more known for quantity of quality, with most of the grapes going to cooperatives. Elbling is an ancient grape (one of Europe’s oldest) that is still planted in this region, though not much anywhere else. It’s history isn’t known for certain, but it’s either indigenous to Germany, or was brought there by the Romans nearly 2,000 years ago. DNA testing links it to Gouais Blanc, an ancient variety of white grape planted in Northern and Central France throughout the Medieval era. It grew where Pinot and Chardonnay wouldn’t, and made simple acidic wines for the peasantry. It is also a descendant of Traminer, a finicky, green-skinned grape from a German speaking area in what is now northern Italy. This parentage links Elbling to Riesling, Chardonnay, and Furmint. It makes high acid, tart, low alcohol, wines and it is particularly well-suited to sparkling wines.

Unlike the famed slate vineyards of lower Mosel, the vineyards here are mostly on limestone. And where Riesling makes up over 60% grapes planted in Mosel, Elbling is the least planted, at just under 6%. It’s more a labor of love for Hild than a successful financial venture. Hild works his vineyards responsibly and is on the way toward organic certification.

This still Elbling is brisk, bright, minerally, citrus & acid-driven. Pairs well with salty and fatty, and makes for a great cheese fondue wine.