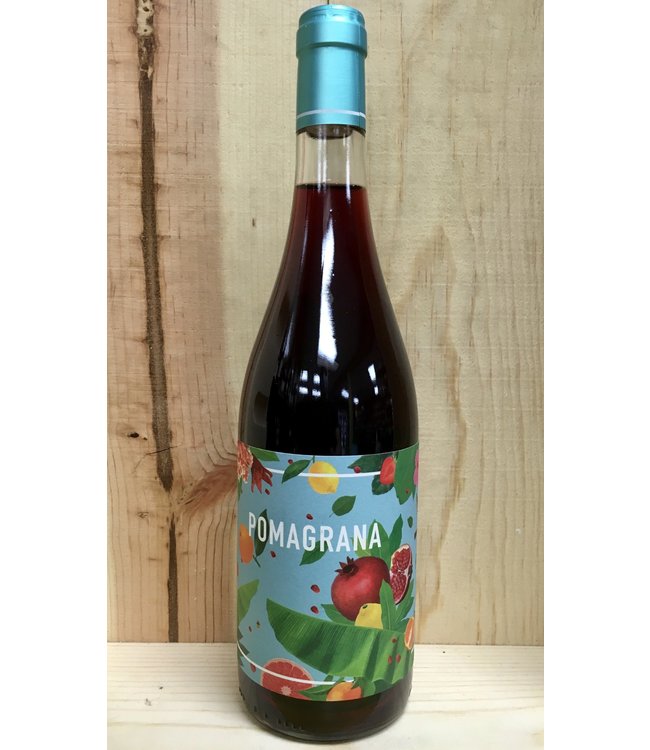 Fredi Torres was born in Galicia, spent much of his childhood in Switzerland, spent nearly a decade as a DJ in the European house music scene, and then made his way into the wine world (he studied viticulture and winemaking in Switzerland, Burgundy, Argentina, & South Africa) and came full circle back to Spain in 2004, landing finally in Priorat. There he founded Sao del Coster with partners from Switzerland; the focus from the get-go was on organic and biodynamic farming and non-interventionist winemaking. Eventually he and his partners parted ways, and Fredi went on to purchase his own 8.5ha in Priorat. He also farms a nearby 5ha plot in Monsant, has another project on the rocky slopes of Ribeira Sacra with brothers Carlos and Juan Rodríguez, and this one in Conca de Barberá, with his friend Marc Lecha, who was one of the first natural wine retailers in Barcelona.

Pomagrana is from a little-known Spanish grape called Trepat that’s a bit like Gamay. We think of this as a light red, but some people consider it a rosé; in any event, it can take a chill. On the nose there’s lots of red fruit like strawberries and raspberries (and maybe a touch of tart cranberry) along with an earthy, herbal, woodsy note. On the palate you’ve got more red fruit and tart, crisp acidity. It’s a thirst-quenching, low-alcohol wine that’s perfect for casual meals at sun-dappled tables.