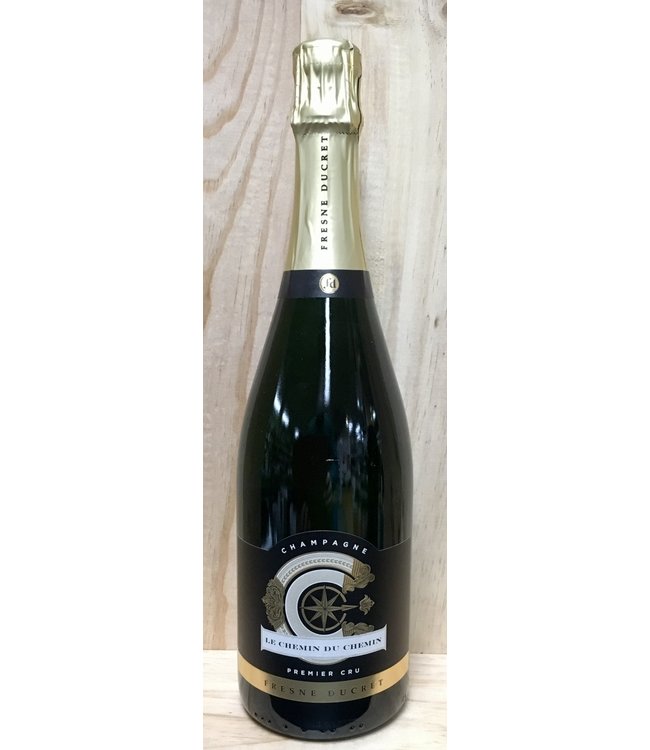 The base wine for this cuvée is primarily a blend from four 1er Cru parcels in Villedommange and Jouy-les-Reims with clay/limestone soils: “Les Loges”, “Les Monts Teigneux”, “Les Glaisières”, and “Les Huchis”. The blend is 40% Pinot Noir, 25% Pinot Meunier, and 35% Chardonnay.

Only the “cuvée” part of the pressed juice is used. The base wine vintage is blended with 30% reserve wine. The alcoholic and malo-lactic fermentations are done in tank and the “assemblage” is bottled the following spring. The champagne then rests “sur lattes” a minimum of 60 months before being disgorged. The dosage is 4.5g

The Fresne Ducret domaine consists of 6 hectares of 1er Cru vineyards divided among 25 parcels, which are, with one exception, all in the village of Villedommange. According to the champagne authority, Richard Juhlin, Villedommange, along with the village of Sacy, has the best vineyards in the northern part of the Montagne de Reims, known as the Petite Montagne. The Fresne family have lived and farmed in Villedommange for 180 years and since 2007 it has been Pierre Fresne and his wife Daniella writing the current chapter. Losing little time, Pierre and Daniella began estate-bottling their champagnes with the 2008 vintage. In 2018, after a decade of working towards organic farming, they officially entered into conversion for organic certification.