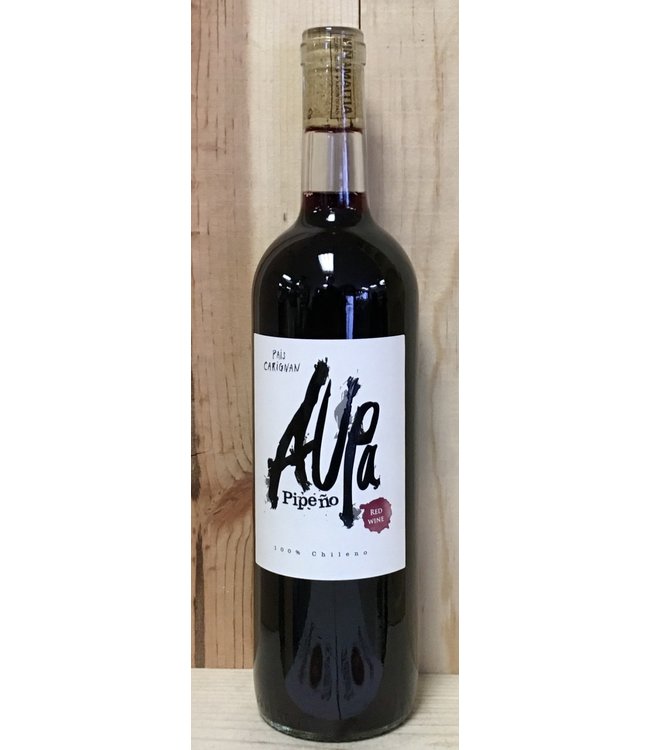 Fresh, fruity, and floral, with a little fresh herbs, a touch of brambles, and the slightest whisper of tannins…drink it with a slight chill, and drink it all summer long. Organic, very old vines. Read more..

Viña Maitia is a little gem in Chile’s southern Maule Valley. It’s owned and operated by husband and wife David Marcel (vigneron) and Loreta Garau (enologist). David hails from Irouleguy in French Basque country; he met Loreta in Chile, and together they are putting Chile’s traditional (if not indigenous) grapes back on the map, so to speak. Their 10 hectare estate is made up of old vines (at least 120 years old, some older than 150 years) that are farmed without intervention. The focus is on Pais, Carignane, and Malbec. Pais (aka: Listan Negro or Criolla Grande that originated in the Canary Islands) is the mission grape that was brought over by the Spanish in the 1500s. It’s mostly associated with Chilean jug wines that were enjoyed by campesinos (peasant farmers), but David and Loreta saw its potential to be a true “wine of place” and were intrigued with how expressive it could be when made from old, low-yielding vines. Though David prefers the term “ancestral” to “natural”, his wines are just grapes, made with no additives and little to no sulphur.

Fresh, fruity, and floral, with a little fresh herbs, a touch of brambles, and the slightest whisper..