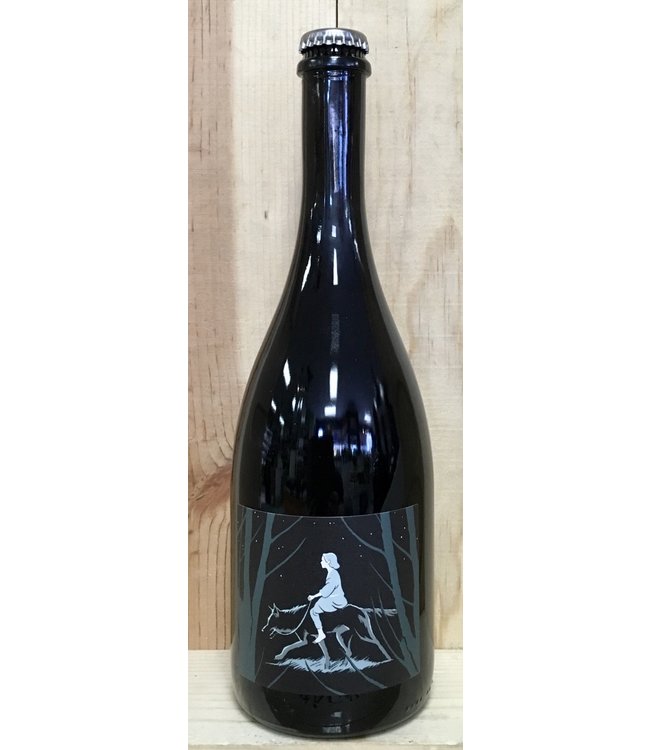 Note from the importer:

In 2008, Gianluca Bergianti founded Terrevive with 16 hectares in the village of Gargallo di Carpi just outside Modena, operating according to strict biodynamic principles since day one. He has since expanded to 35 hectares, growing cereals, vegetables, fruits, herbs, and, of course, grapes—although vineyards, planted entirely to autochthonous varieties, comprise just 10 total hectares in this calculatedly polycultural setting. Gianluca’s commitment to low cellar intervention and to the pre-Charmat-method traditional method for producing Lambrusco.

The winery’s bottle storage area, modeled after a 17th-century-style icehouse, burrows like a Hobbit-hole directly into the side of a hill—a hill Gianluca constructed himself. Lambrusco country is quite flat, but Gianluca, having studied in Tuscany, loves the visual presence of hills, so he simply mounded up some dirt and made his own. This is no mere affectation, however: the hill, topped with maple and hazelnut trees, keeps the storage room at a constant temperature naturally and ensures total darkness. The winery itself is no-frills, lined with gorgeous custom-made cement tanks in which all wines undergo their primary fermentations; these large and vaguely egg-shaped vessels allow the lees to circulate gently and continuously. A self-described “extremist,” Gianluca adds no yeasts, makes no adjustments for acidity, does not chaptalize, and never employs dosage, so his wines always end up scintillatingly bone-dry. Deeply disparaging of the consistency-ensuring Charmat method, in which bubbles are created in a large steel tank (known as an autoclave) via careful calculations and additions of sugars and yeasts, he employs a low-tech method, adding grape must and nothing else to his dry wines as they’re being bottled for their secondary fermentation. Leftover natural yeasts devour the sugars in the must, creating a gentle natural effervescence in each bottle within about three months.

Terrevive’s immaculately tended vineyards, all planted in the zone’s typical sandy loam soils, speak to his obsession with working in harmony with the land. Gianluca grows cover crop in alternating rows among his vines, using them as natural fertilizer when spring rolls around, and employs careful biodynamic preparations to keep his soil and plants vitalized. Irrigation is never employed, and all work in the vineyards, from pruning through harvest, is performed by hand. The vineyards, rather than being clustered together in one section of the property, intermingle with fields of cereals, vegetables, and fruits. The ancient indigenous varieties found here arose in a polycultural environment, and it is in such an environment as Terrevive that they truly flourish.

The idiosyncratic yet characterful nature of Terrevive’s Lambrusco extends to its striking labeling as well. Gianluca commissioned a different local artist to create each front label, offering no information about the wine at all and asking the artist to draw based on gut impressions of the drinking experience. The results, like the wines inside, are immediately arresting. We are eager to share the below quartet of wines with you, each of which offers a markedly distinct personality, and we trust that, as they did for us, Gianluca’s searching, riveting wines will greatly expand your notion of what this region is capable of.

“San Vincent” Rosato Frizzante: Named after the patron saint of wine, the eye-poppingly vivid “San Vincent” is made entirely from the local Sorbara, which may in fact be related to Pinot Meunier, according to Gianluca. This bottling combines the breezy scrumptiousness of “No Autoclave” with some of the penetrating intensity of “PerFranco,” offering well-delineated, lifted notes of cassis, raspberry, licorice, and plenty of the wild herbs which seem to pop up in all of Gianluca’s wines. “San Vincent” delivers a strong and satisfying retronasal impression on the palate, and its combination of saline minerality and scythe-like acidity prompts involuntary salivation.