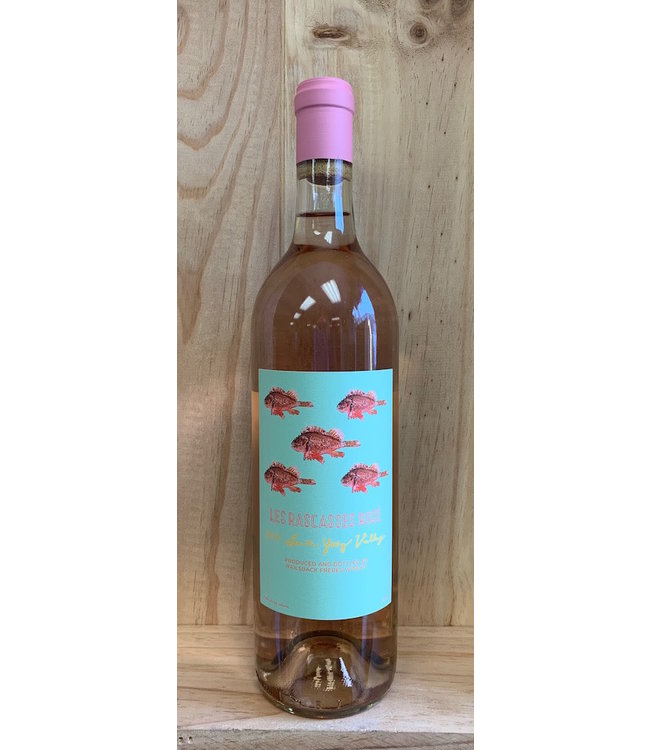 An ode to Lulu Peyraud, this is a lively provencal-style rosé of Mourvedre, Cinsault & Grenache from Santa Ynez. Get yourself some fresh fish & make yourself a bouillabaisse. It's what Lulu would do. Read more..

Railsback Frères began as a rosé project in 2014 by brothers Lyle and Eric Railsback, who call their rosé “Les Rascasses” (scorpion fish in French) as an homage to Lulu Peyraud. Lulu was the proprietress of Domaine Tempier in Bandol, maker of their favorite rosé in Provence. Lyle did National Sales for French importer Kermit Lynch for twelve years before leaving to focus on the Santa Ynez project. His brother Eric started Lieu Dit wines in Santa Barbara, inspired by wines of the Loire valley, and owns Verve Wine in NYC, Chicago and San Francisco.

The reason we began making wine together as Railsback Frères was to produce a rosé-- specifically one in Santa Ynez-- and inspired by Lulu Peyraud and the old style of rosé they produced at the legendary Domaine Tempier in Bandol. In 2021 all three Mediterranean varieties we harvest for rosé came in at what we consider optimal ripeness levels, and thanks to the addition of a new vineyard site, we now have even more Mourvédre in the cépage this year. Compared to the previous harvest of 2020 overall, 2021 was cooler-- and after quietly resting for six months in neutral Burgundy barrels, our Les Rascasses is lively, floral and bright. Having achieved a secondary (malolactic) fermentation without any difficulty this year, the texture and body offer a nice equilibrium to such a fresh vintage, and certainly make pairing even easier at the table. Tasting it on release after the winter offers early excitement for spring artichokes, and early garden peas and lettuces...not to mention the later arrivals of summer squash with garlic and basil, or peak-of-season tomatoes drenched in a fruity Provençal olive oil.

An ode to Lulu Peyraud, this is a lively provencal-style rosé of Mourvedre, Cinsault & Grenache fro..