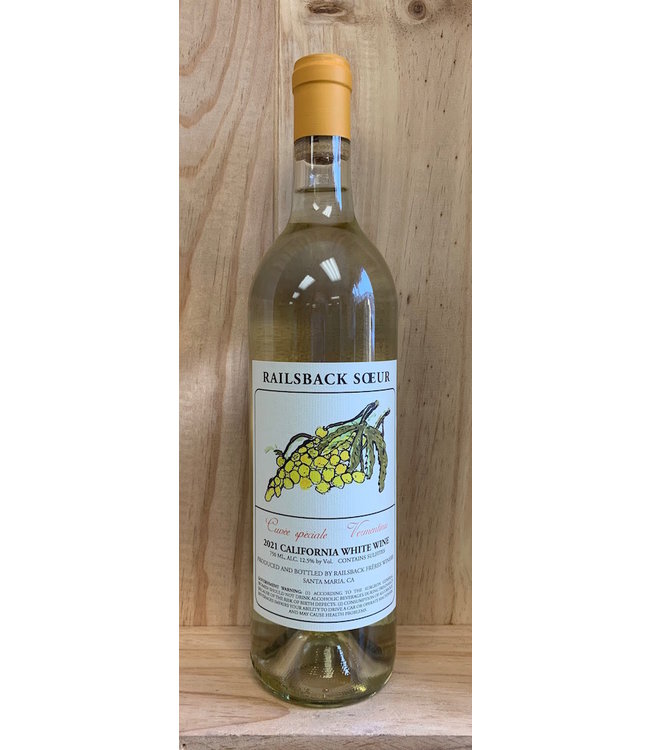 Railsback Frères began as a rosé project in 2014 by brothers Lyle and Eric Railsback, who call their rosé “Les Rascasses” (scorpion fish in French) as an homage to Lulu Peyraud. Lulu was the proprietress of Domaine Tempier in Bandol, maker of their favorite rosé in Provence. Lyle did National Sales for French importer Kermit Lynch for twelve years before leaving to focus on the Santa Ynez project. His brother Eric started Lieu Dit wines in Santa Barbara, inspired by wines of the Loire valley, and owns Verve Wine in NYC, Chicago and San Francisco.

Our travels to the exotic Mediterranean island of Corsica have uncovered some of our favorite French white wines, from the native Corsican grape Vermentino (or Vermentinu in local dialect). 2021 is our fourth release of Vermentinu, sourced from three unique sites in the Santa Ynez Valley: from the marine sedimentary loam of Camp Four, the pure sand of Brick Barn, and the clay/loam of the cooler NE-facing Santa Ynez Vineyard, all harvested by hand.

Fermentation was in a mix of cement eggs and neutral wood, followed by additional aging was in neutral French oak and concrete for seven months, then only a rough filtration before bottling.

With aromas of white flowers, pink grapefruit, and a distinctive bitter almond finish, this dry white is as versatile at the table as our favorite Vermentinu from Corsica. Perfect for seafood and white fish dishes, it also goes down easily on its own. Bottles empty themselves quicker than one could imagine.

Fermented in a mix of cement eggs & neutral wood, followed by additional aging was in neutral French..