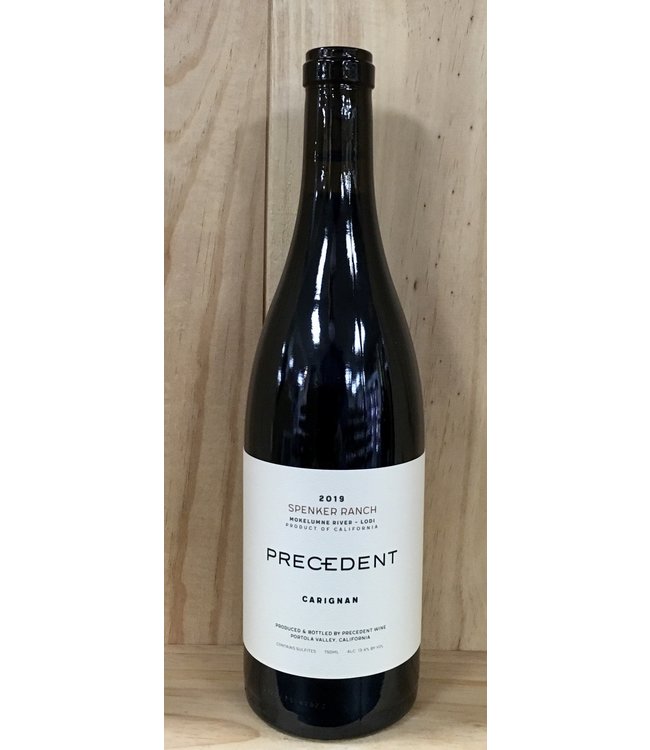 Fermented whole cluster after holding the grapes in a closed tank for about 4 days until there's slight carbonic maceration, which accentuates fruitiness and yields softer tannins. After that, the tops are removed off the tank and fermentation is started with foot treading. Pump-overs instead of punch-downs to to get a lighter extraction and minimize bitterness from tannins. After about 8 days, when the fermentation is not quite completely dry, the wine was pressed off the skins and is then aged in completely neutral French oak — barrels that are at least 6, 7 years old and previously used only for Chardonnay, never any red wines.

From the Precedent site:

Nathan Kandler is a true believer in the translational role of a winemaker. His ultimate goal is to foster the voice of the soil into your glass of wine. Adherence to traditional and natural techniques in the vineyard and cellar are of the utmost importance.

Born and raised in Lansing, MI, Nathan attended the University of Michigan, studying Political Science. "I thought I wanted to follow in the footsteps of my father, who has been involved in state government and policy all his life. A few summers working in a cubicle scratched his political itch, and he was ready for another path. A summer spent bartending on Mackinac Island provided the proverbial "bite" from the wine bug. A year and 2000 miles later Nathan was studying and working in Sonoma County, CA. After time studying Viticulture from Sonoma legend Rich Thomas at the Santa Rosa Junior College, Nathan finished his BS in Enology at CSU Fresno.

Nathan has worked for multiple wineries in Northern California (Benzinger, Frick, Schug and Testarossa) and spent time working for the famed Torbreck Winery in the Barossa Valley of Australia. He is currently the Associate Winemaker at Thomas Fogarty Winery & Vineyards in the Santa Cruz Mountains where he has focused on bringing new energy to the Pinot Noir and Chardonnay program.

Not all vineyards are created equal and Nathan has a keen eye for finding the magical combination of variety, climate and soil. He believes the first step in any winemaking endeavor is to seek out these unique sites, often found outside of the more famous regions of California (Napa, Russian River, etc.). "There are a lot of vineyards planted in heavy soils in some of the more famous appellations in California; they get by on name alone, rather than quality." He often seeks rocky and well drained sites with climates on the marginal side for the given variety.

Native yeasts, whole cluster fermentations, minimal sulfur and the judicious use of well seasoned French Oak are some of the techniques used. "I am looking to create authentic wines that taste of a particularly special place."

From 8 acres of own-rooted Carignan vines originally planted by Joseph Spenker in 1900. This block t..