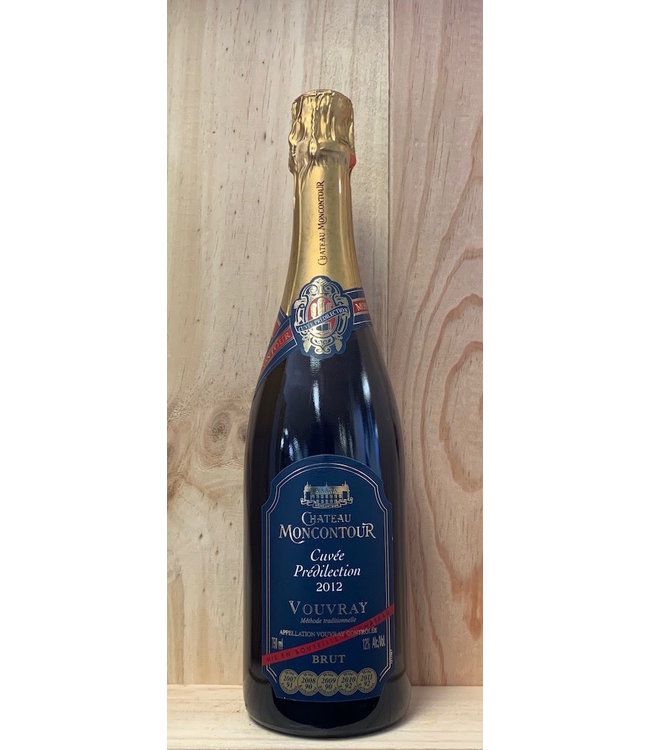 Notes from our June wine club: Château Moncontour is one of the oldest estates in the Touraine region, originally constructed as outbuildings for the bishop’s palace under Saint Martin during the 4th century. The current structure dates back to the Renaissance period when it was built as a gift to Agnes Sorel from Charles VII. It was partially destroyed by fire during the French Revolution, but was restored. Then in 1846 the Touraine-born author Honoré de Balzac became smitten with the property, and was determined to purchase it for himself and his eventual wife, Evelyne Hanska. He was in fact so smitten that he wrote a letter to Hanska with the opening line: “Moncontour est ma prédilection,” translated below:

Moncontour is my Predilection, I would like for you to come and see its beauty. It is one of the most wonderful views in the Touraine, and there is a village at Vouvray. If we could have Moncontour, all my plans would change. I would not furnish the Paris apartment so lavishly, we would wait longer; I would gather all of my efforts and focus them on the Moncontour castle, because we could live in it forever. If at some later time we acquire land, we must still come and spend autumns here, they are delightful. It would be our home for at least ten years, and we would spend December, January, February, March and April in Paris. You see, I was right to hold the funds available! We need 40,000 francs to buy Moncontour, because I would purchase it under a private signature to avoid fees, the owners would give me their mandate to sell and I would only pay rights for the parts I would keep.

As soon as I receive the answer, I will write to you! But as soon as I have to, I will sell the shares for 40,000 francs and Bassenge will cover the costs of the building. We will still have 100 shares in the Nord railway. But this will depend on a payment of 7,500 francs during the first days of 1847.

Although Balzac never managed to acquire Moncontour, he immortalized the Château in one of his works, entitled A Woman of Thirty (from The Human Comedy, scenes from private life), before dying at 51 in 1850, five months after marrying Evelyne. That’s a little bit of a sad story.

Back to the present! Since 1994 the Feray family has been making wine here, as well as enhancing the château which overlooks the Loire River. The picturesque property extends over the hillsides into the heart of Vouvray, the small town on the northern bank of the Loire just east of Tours, and THE most important individual white wine appellation in Touraine. The Vouvray appellation wasn’t created until 1936; before then most of the wine was shipped out for blending, and much of the wine sold as Vouvray came from anywhere in Touraine. As a rule (almost) Vouvray is Chenin Blanc, although up to 5% Menu Pineau grapes are theoretically allowed into Vouvray too.

Moncontour is now 130 hectares and boasts a museum dedicated to objects associated with the heritage of the château and region, including vineyard culture and wine making. Some of the approximately 3,000 items on display are pruning knives, ploughs, barrel toasters, camphor stone, and crushing and pressing machines, all laid out in those famous ancient limestone cellars and troglodyte caves.

Cuvée Prédilection honors Honoré de Balzac and the château’s history. It’s 100% Chenin Blanc, hand-harvested from vineyards within Vouvray and made sparkling via méthode traditionnelle, where the second fermentation happens in the bottle, just like Champagne; the wine rests on the lees between 18 and 24 months before being disgorged. Here the Chenin is influenced by the sedimentary rock and clay soils typical of the surrounding region of Touraine, producing a bubbly with distinct minerality along with a high level of acidity—as well as fruit—allowing this wine to age gracefully. We recently had the 2012, and it was stellar 10 years on.

According to the producer, “2017 was definitely better than 2016 (6% volume increase), but again worse than usual vintages in the Loire Valley. A giant frost at the end of April limited the final harvest. And also the lack of water during all summer made it difficult for the grapes to get enough juice. Certain estates got luckier than others. Chateau Moncontour was right in the middle with roughly 30% of harvest lost.”

Five years on and this leesy, nutty, & lively Vouvray brut delivers, with nary a hint of its struggles. Bright minerality up front leads to apples and pears mid-palate, then winds together nicely with a long, toasted-honeyed-almond finish. It would be lovely with pasta with cream sauce, goat cheese, fresh summer salads, salty ham, or just your glass and a sunny disposition.