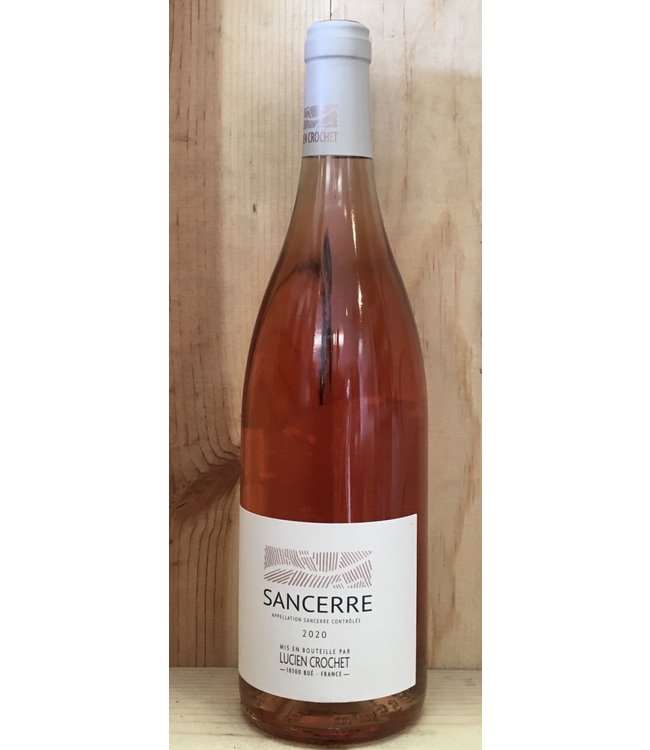 Organically farmed rosé of Pinot Noir. Drinking this wine is like being hugged by a flower. Read more..

Lucien Crochet was formally established when Lucien Crochet married the daughter of Lucien Picard, joining the two estates of Lucien Picard and André Crochet (Lucien’s father). Lucien Picard was one of the first growers to bottle his own wine in Sancerre, and then sell them primarily to restaurants in Paris. Over 30 years, Lucien Crochet expanded upon his father-in-law’s work, and expanded the domaine as well, so that it is now over 38 hectares, 29 of which are planted to Sauvignon Blanc, 9 to Pinot Noir. The vines are planted on soils on clay and limestone, and they’ve been farmed organically since 1989.

Only 6% of Sancerre is rosé, mostly because making good wine from red grapes in Sancerre is best left to very good producers, preferably with help from the weather. This is one of those rare instances where climate change makes things better.

Organically farmed rosé of Pinot Noir. Drinking this wine is like being hugged by a flower.