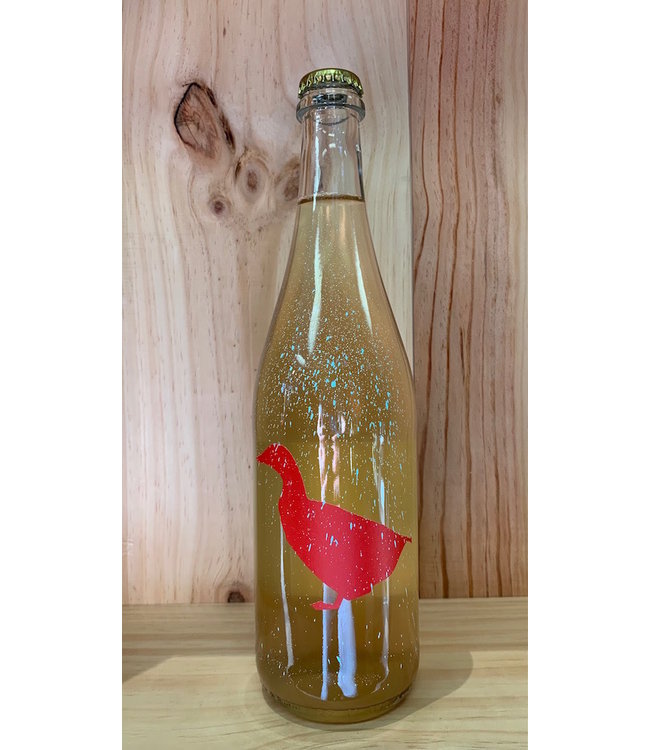 Importer notes: 50% Baga, 50% Fernão Pires from 20 year old vines planted to 1.5ha of chalky and sandy soils in vineyards called Amoreira da Gândara and Óis do Bairro. The grapes are harvested in early September. Spontaneous fermentation lasts for three weeks in stainless steel with temperature control, which is completed in bottle. The wine spends the entire time on lees without stirring. Aged for six months and bottled in October, released February 2021. Unfined and unfiltered.

The Duckman wines express the true character of Bairrada’s indigenous varietals and its exceptional maritime influence. There are no indications of the region on the labels, done intentionally to demonstrate an acute sense of place and varietal typicity through minimal intervention in the cellar. Maria Pato, the daughter of Luis Pato, created this project because of her love of the region and varietals, so much so that she felt constrained by the standards of Bairrada wine making. For both of them only the indigenous varietals can be Bairrada wine, not imports that want to claim it as their own identity. Luis and Maria work from two main vineyards, Amoreira da Gândara which is composed of mostly sandy soils, and Óis do Bairro which is composed of mostly chalky-clay soils. Here they grow both red and white varietals: Baga, Bical, Cercial, and Fernão Pires (a.k.a. Maria Gomes).