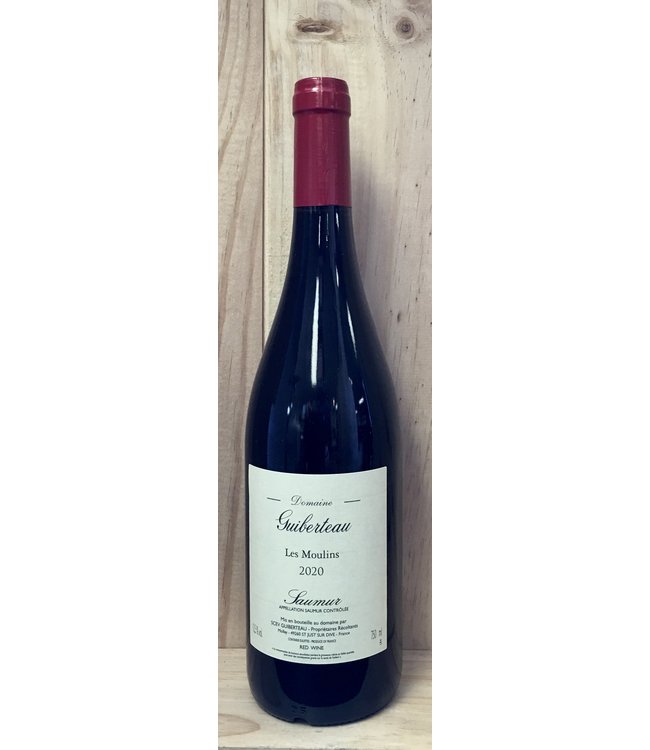 Romain Guiberteau is the third generation on the estate, and things have changed radically since he took over. Romain’s grandfather was a pillar in the community of Saumur before and after World War II, long serving as the head of the local growers’ coop. That coop long benefited from the grapes grown on Guiberteau’s land until Romain returned from college.

Today, Romain oversees the organic farm and does all the winemaking at the estate. His vines date back to the years just after World War II and include some of the prime sites in and around Saumur. Romain’s father Robert, a medical doctor, assisted in the transformation of the estate and you are likely to meet him at a tasting, explaining the history of the wines and the vines his mother and father planted.

Saumur is a town in the center of the Loire Valley, close to more well known appellations of Vouvray and Chinon. Like those two areas, Saumur’s grapes are Chenin Blanc and Cabernet Franc. Guiberteau’s vines include parcels in the Brezé site, adjacent to the Château de Brezé, which Romain is helping to develop as one of the finest single vineyards in the Loire.

Organic Cabernet Franc from a 1.7ha of vines in Montreuil-Bellay and Brézé, ranging from 7-80 yea..