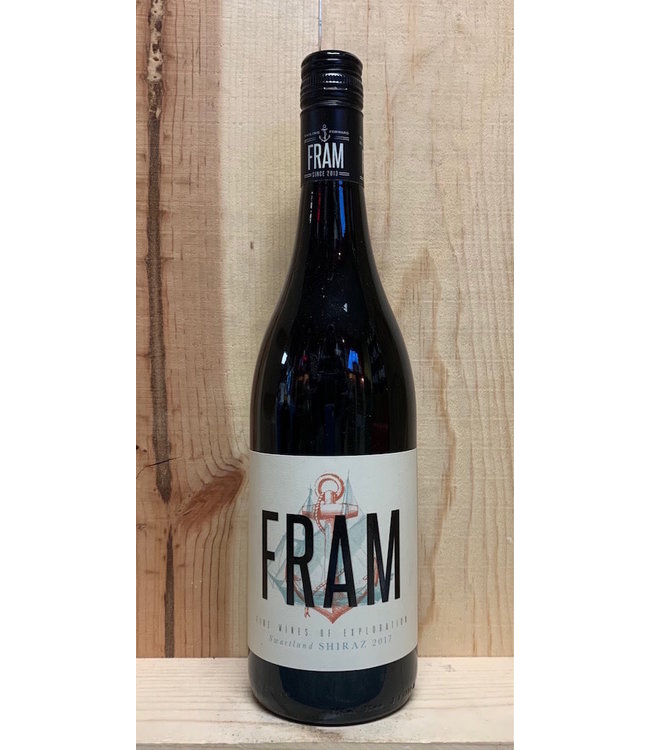 Thinus Krüger was winemaker at Fleur du Cap and Boschendal Winery for 12 years before setting off on his own with Fram (named for the ship that took explorer Roald Amundsen to claim the South Pole in 1911). He grows his grapes on a farm northwest of Clanwilliam on South Africa’s western coast, to which he refers as the “Here be Dragons” area of the wine map.

Here’s Jancis Robinson's note on the region: “It comes from the most extraordinary arid wine country in the far north west of South Africa not all that far south of the Namibian border where just three isolated farmers grow particularly old and interesting vines. These vines are on the Laing farm, Henk Laing himself having once had the misfortune to be gored by a buffalo. (It's that sort of place.) The soils are so old they are studded with seashells from the distant Atlantic, surf country for the Swartland young guns who are doing so much to revitalise the Cape wine scene.”

A blend of 3 vineyards on different soil types, 80% matured in used oak, the rest in stainless. Ceda..