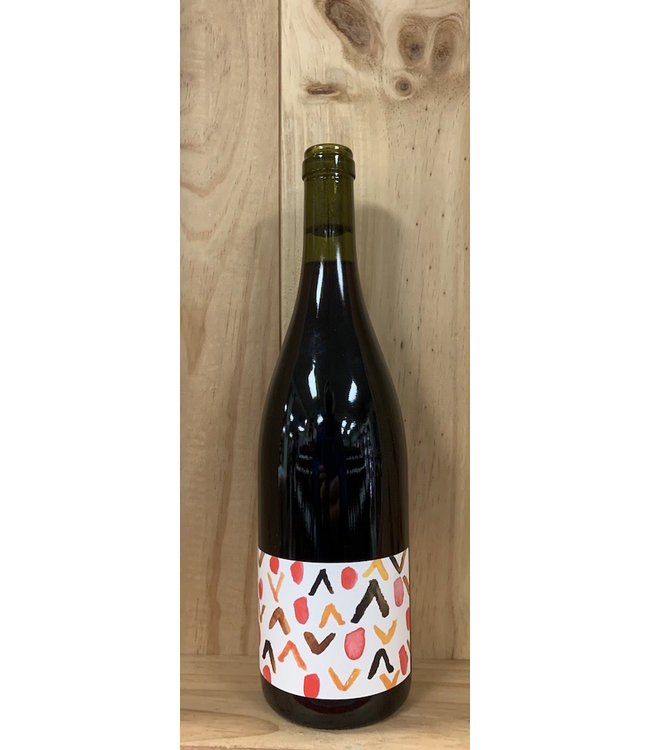 Notes from the supplier: Erik Longabardi and Benford Lepley’s Floral Terranes project is a beautiful act of cultural preservation, art and agriculture. And it’s delicious.
And it will give you a buzz.

Long Island was, not so long ago, an agricultural oasis that supplied Manhattan with food. The latter half of the 20th century redefined this landscape, with Robert Moses and others using the heavy hand of machinery to lay motorways through the Hempstead plains and beyond. This direct line to the city quickened the transformation from farmhouses to mansions, and then later the subdivision of mansions into suburban sprawl.

Thus an agricultural history, centuries old, was largely erased from the landscape (and our collective memories?) within the span of a few decades.

It became “suburban terroir” as Erik would say.

Two Long Island natives, Erik and Benford, have been slowly and quietly searching out this landscape – or what remains of this landscape – using Erik’s 18th century home in Rosyln as their base and (literally) garage winery. It begins with an act: making a turn down a random road, inspired solely by the sight of a solitary old apple tree. It grows by connecting with landowners and building relationships with the community. A mall is built, yet the fruit trees still grow. Where the highway wanders, fruit trees grow. Nature has a way of persevering.

As it turns out, often the agricultural remnants have been saved as part of institutional landscapes. Thus Erik found 28 assorted apple trees sprinkled at Banbury Farm, part of the Cold Spring Laboratory complex. (The human genome and natty cider, all from one place.) Seminaries and monasteries tucked away on huge tracts of land, with the remains of agriculture, apple trees and grape vines, slowly being integrated back into the wild landscape, make up a serious part of the Floral Terranes terroir.

What matters most to Erik and to Benford is saving this land. The logic is easy enough: if we had no idea this land existed, how would we know to save it? Knowledge is the beginning. The beverage, in this case, is the beginning.

The 2017 vintage was the first commercial release of Floral Terranes, though the world “commercial” wasn’t (and isn’t) in any way appropriate for this project. With 2018, the collection both expanded and became more tightly focused. For 2019, the project continues, focusing on grapes harvested at Macari Vineyards and an anonymous, very secret “backyard vineyard” near Orient, very far east on the north fork. The apples are essentially foraged, with the blessing of the landowners of course. The apples are pressed with a simple basket press; most of the grapes are just gently trodden by foot. All fermentations are carried out exclusively by natural yeasts, in various barrels and glass jars of different sizes. Absolutely nothing is added or taken away to the juice. It is bottled, by hand, with very low doses of sulfur, in Erik’s garage / cellar in Rosyln.

The 2019 Merlot was sourced from a top secret, two-acre backyard vineyard in Orient (on the outer reaches of the North Fork, Long Island), planted in the 1990s. The whole clusters were gently foot-crushed and spontaneously fermented in open top containers before being racked into neutral oak barrel. Bottled unfined and unfiltered, with low sulfur addition, as per normal at Floral Terranes.

This is a funky Merlot people: dark fruit, natürlich, but also a really vivid spice, grandma’s whole spice rack plus some stuff she picked up on her trip around the world in the 60s. There’s some graphite and pencil shavings, tones I’m more familiar with in Cabernet, but this is a curious, delicious wine you just have to dive into.