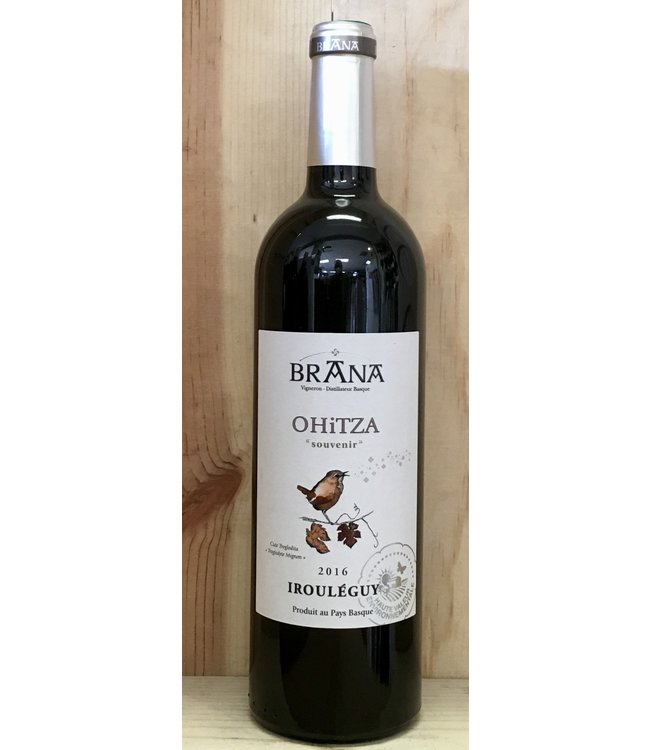 The appellation of Irouleguy stretches along a small band of hillside vineyards in the Pyrenees within the French Pays Basque. Practically all of the vineyards were wiped out from phyloxera over a century ago and when the Branas planted their vineyard in 1984, they were the first to do so on a meaningful scale. The vines are planted along very narrow terraces that have been cut out of the remarkably steep hillsides. The Brana’s farming practices are non- intervening and include bio-dynamic principles. All harvesting is done manually.

Eric Asimov of the New York Times says this about the region: Vineyards are not a dominant feature here, as they are in so many wine regions. They are simply one facet of an agricultural way of life, as perhaps they were centuries ago in those other places before wine became an industry. And yet the handful of excellent estates that do focus on wine, like Domaine Ilarria, Maison Arretxea and Domaine Brana, are resolute, seeing it more as a calling than a business.

note from the importer: The Irouleguy Rouge “Ohitza” cuvée is typically made from 50% Tannat and 50% Cabernet Franc. The parcels are from sandstone soils at mid-elevation. Fermentation takes place in stainless steel with a maceration of around seventeen days. The wine is aged 70% in barrels of 3/4/5 years and 30% in cement tanks. Every three months the wine is racked and assembled and then redivided among the barrels and tanks. After a year, a final assemblage is made which then continues to mature in barrel and tank until bottling in June, eighteen months after harvest. Ohitza is the basque word for tradition.