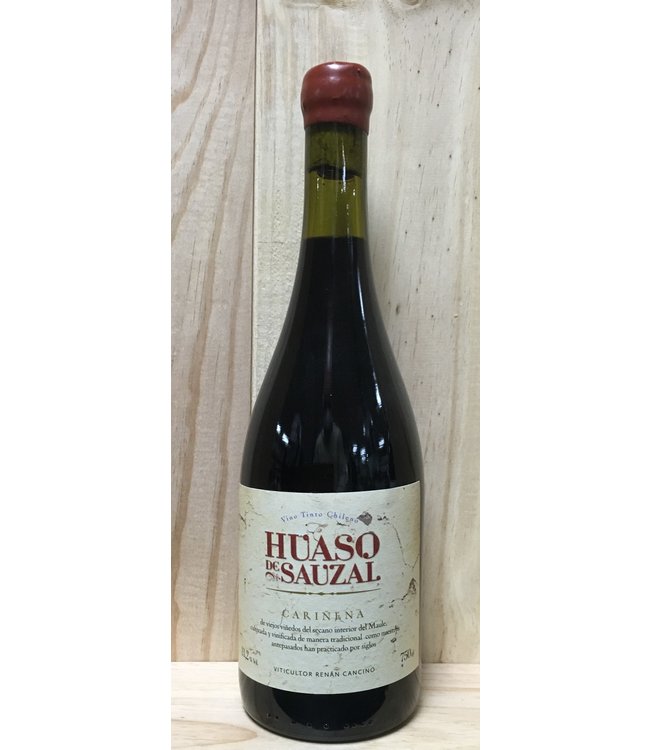 Cariñena is made from Carignan grafted onto pie franco País rootstock on granitic soils in the town of Sauzal. The grapes are hand-harvested in early April, destemmed and spontaneously fermented in open-top fermenters without temperature control, then pre Read more..

Importer note: The story of Renan Cansino and his path to natural winemaking is rooted in Chilean history and culture. His ancestors arrived in Chile from the Iberian Peninsula around the same time that país cuttings traveled from Spain to Chile and became a mainstay in winemaking across the region. Renán makes wine in the way he knows his ancestors made wine – without any additives. After receiving a degree in agronomy, he learned to make wine the conventional way: technically correct wines with very little sense of character. It was only after a major earthquake hit Central Chile in 2010 that he had to pull together with almost nothing for a cellar to make that vintage. With his hometown of Sauzal reduced to rubble, he had much bigger problems to deal with, leaving him no time to correct the wine, or even hardly pay any attention to it. In the end, he fell in love with this vintage and changed his path to making wine without any interventions. A man steeped in history, he does not call his wines “natural,” but rather “traditional” as an homage to the way his father and grandfather before him made wine. To honor these traditions, Renán ferments his wines in rauli, or Chilean wood barrels and uses a zaranda, a destemmer made of local bamboo.

Renán owns 5ha of vines on the western side of the Maule Valley.  Soils here are varied; most of the vineyards Renán works with are based on granite. The climate is humid, maritime and rainy throughout autumn and winter. The Maule Valley is known as the viticultural heartland of Chile, although the majority of grapes grown there go to bulk wine production. The area is mostly planted to international varieties, but Renán works with very old país vines, and has also grafted carignan onto some of these pie franco país roots.

Cariñena is made from Carignan grafted onto pie franco País rootstock on granitic soils in the town of Sauzal. The grapes are hand-harvested in early April, destemmed and spontaneously fermented in open-top fermenters without temperature control, then pressed and raised in used barrels for 1 year, and an additional year in bottle (without added SO2) before release.

Cariñena is made from Carignan grafted onto pie franco País rootstock on granitic soils in the tow..