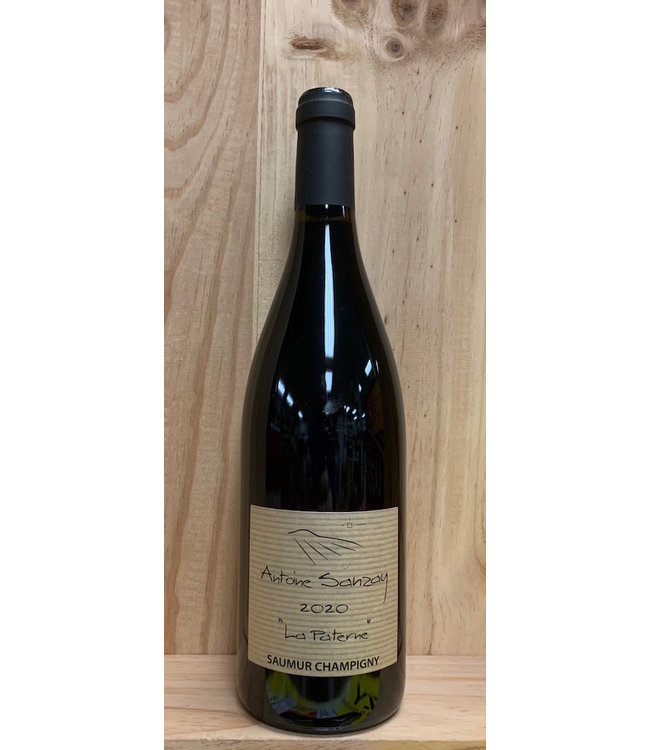 This is a certified organic blend of Cabernet Franc from 45+ year-old vines from five different villages. Fruit is de-stemmed and fermented in concrete, then aged in 60% cement, 40% older barrels for 9 months. The vineyards are on clay and limestone, with high iron content in the soil; that high iron content comes through in this mineral-driven red, where the chalky tannins support violets and black cherry notes. There’s a mushroomy, damp-earth quality wrapped around the pure fruit that makes for umami-goodness…and then tree bark and wet stones playing minor notes in the background. Tannins are chewy upfront but soften as the wine opens up. It’s yummy.

Tiny note: Antoine Sanzay is a Clos Rougeard neighbor, and both have pieces of the same vineyard, “Les Poyeux,” in the village of Chacé.

And, paraphrased from www.jancisrobinson.com: …The Saumur-Champigny zone, prettily named after the village of Champigny, is on a tuffeau plateau that lends itself well to viticulture, as in neighbouring Touraine. …the most significant still wine of the region is Saumur-Champigny, whose extraordinary expansion in the 1970s and 1980s was originally due to fashion, and mainly Paris fashion at that, but has been sustained by growers’ determination to maximize vineyard potential and reach full ripeness. Its high limestone content made the Chenin Blanc vine traditionally grown here prone to chlorosis in the post-phylloxera era, but by the mid 2000s more than 1,330 ha/3,200 acres of vines were producing Saumur-Champigny. It was the dominant St-Cyr-en-Bourg co-operative in particular that encouraged the planting of Cabernet Franc vines and developed the still red wine appellation with such success. Much Saumur-Champigny is too light to be worth aging, although it is usefully, and quintessentially, fruity and flirtatious.

Sanzay is a Clos Rougeard neighbor; both have pieces of the same vineyard, “Les Poyeux." Mushrooms..