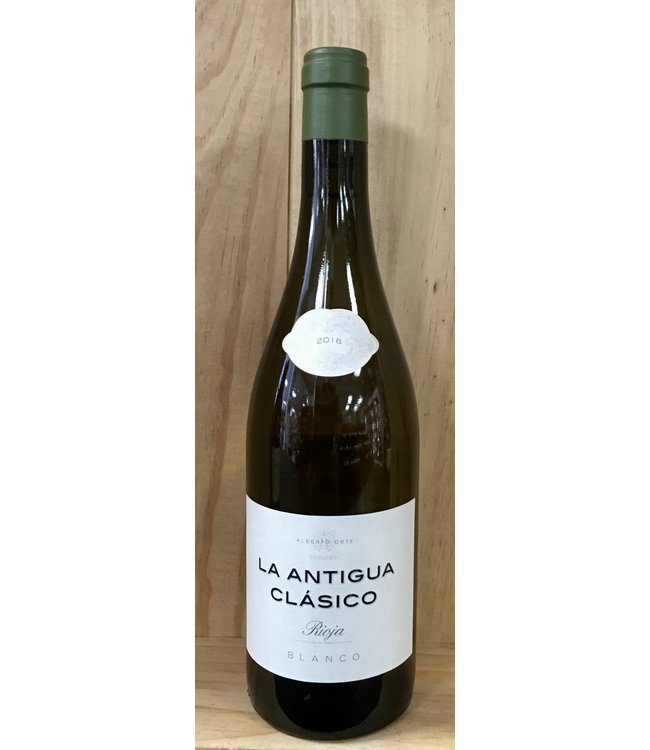 La Antigua Clásico shows off the cool-climate, western mountain range of Sierra de la Demanda, a largely unexplored region south of the Ebro river in Rioja Alta. The vineyards here are sparsely scattered and extremely steep, making the terrain impossible to mechanize, thus all work must be done by hand. The north-facing, high-altitude vineyards also receive far less sunshine than those in the valley, so the grapes ripen slowly and are amongst the last to be harvested in all of western Europe; sometimes harvest doesn’t happen until early November. All of these factors, combined with Alberto’s winemaking style that harkens back to the early 20th century, come together to create wines of intense flavor, focus, and freshness, which lead to balanced, age-worthy wines.

This Rioja blanco is all heirloom clones (no purchased clones) of Viura (70%), Tempranillo Blanco (10%), and Garnacha Blanca (20%)–propagated via selección massale since 1965, and situated on the south banks of the Ebro, facing north, at 3000 feet above sea level. It’s fermented in oak (80% French/20% American) and partially aged under flor in an attempt to evoke Rioja Blanco from the time in the 19th and early 20th centuries when Fino or Manzanilla sherry was allowed in the blend to increase the body and texture. The result here is a wine that is rich but at the same time sinewy. On the nose there’s smoke, lemon, ginger, toasted bread, white flowers; the palate reflects the flor-aging with savory/umami notes that gives way to orchard fruit, delicate green herbs, and subtle hints of honey. The finish is long & graceful…but a little bit spicy too.